Following is a sampling of recent events at Stonegates: 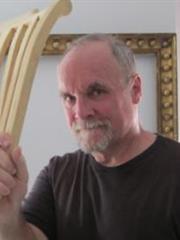 In 1857 William Morris commissioned a group of furniture for the apartments that he shared with Edward Burne-Jones and Dante Gabriel Rossetti in Red Lion Square. The objects were stylistically “Arthurian” in keeping with the sensibilities of the Pre-Raphaelites. Two chairs, prominent in the group, were acquired by the Delaware Art Museum in 1997. A mysterious third chair that surfaced in a Belgian flea market in 2010 will be presented, compared and contrasted with the documented chairs, and a probable resolution to the mystery will be offered.

Mike Podmaniczky was in the first graduating class of the Conservation Analytical Laboratory’s Furniture Conservation Program in Washington, DC, receiving a certificate from the Smithsonian Institution and an M.A. in Decorative Arts Conservation from Antioch University in 1990. He received a B.A. in Studio Art with departmental honors in 1970 from Kenyon College. He is a past chairman of the Wooden Artifacts Group of the AIC and is a professional associate of the AIC. His experience prior to studying conservation was as a machinist and model maker and then as a furniture maker, foundry patternmaker and boat builder.

After 21 years at Winterthur, Mike accepted a 3 year position as Head of the Furniture and Related Objects Conservation Program at West Dean College/ University of Sussex, Chichester, England. He currently maintains a private conservation practice.