Our culinary team offers an ever changing variety of mouth-watering dishes every single day of the week. Whether your favorite food is wonderfully seasoned chicken, a thick juicy steak, or something delightful from the sea, we're sure to excite your taste buds!

Check out "The Bistro" (Casual and quick dining Parisian style!) 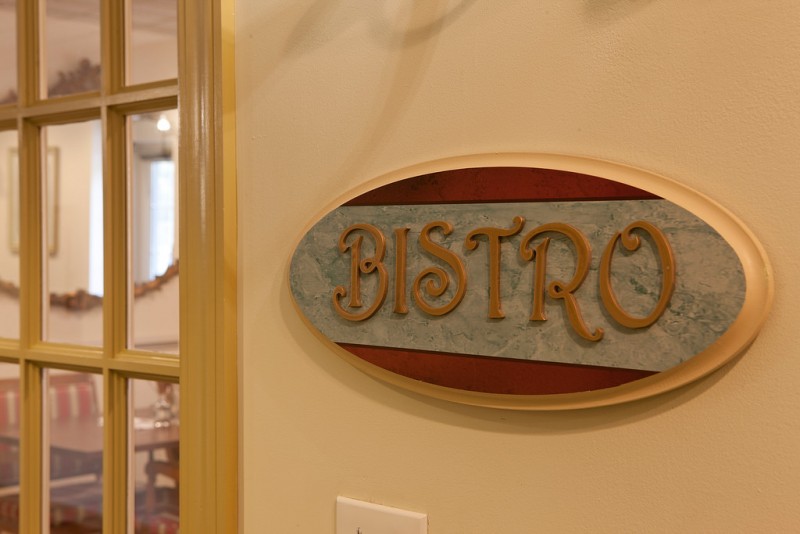 Welcome to the Bistro!

The Best-Kept Dining Secret in Delaware—Really

“Haute cuisine is alive and well in Delaware,” says chef John Gangloff—just not in a place you’d expect.

A visit to Stonegates Retirement Community in Greenville, where Gangloff is the executive chef, reveals that it is quite possibly the best-kept culinary secret around.

High-end dining is being marginalized in even the fanciest establishments, but not at Stonegates. Gangloff, along with his family and a sizable army of kitchen staff, hosts an array of gourmet dinners, harvest lunches and holiday parties throughout the year. All are luxurious, but it’s the gourmet dinners—held only two or three times yearly—that exhibit truly breathless grandeur.

“The residents here, they’re educated, their palates are refined, they’re world travelers,” Gangloff says. “I try to give them what they want.”

A 23-year fixture at the gated community, Gangloff was previously stationed at the historic Lord Baltimore Hotel, catering to the stars who performed at adjoining Morris Mechanic Theatre. Tales of Sir Lawrence Olivier’s 2 a.m. cravings for grilled sanddab and Vincent Price’s culinary prowess are the norm during a chat with the chef.

Stonegates hosts another gourmet dinner this month, but unless you’re a resident, or the guest of a resident, your invite’s gone the way of the tallow sculpture—so make a friend there quickly. The meal will be unforgettable. —Matt Amis 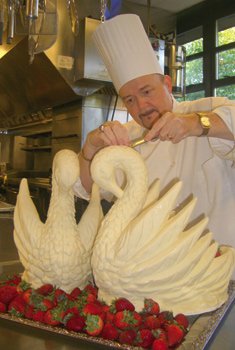 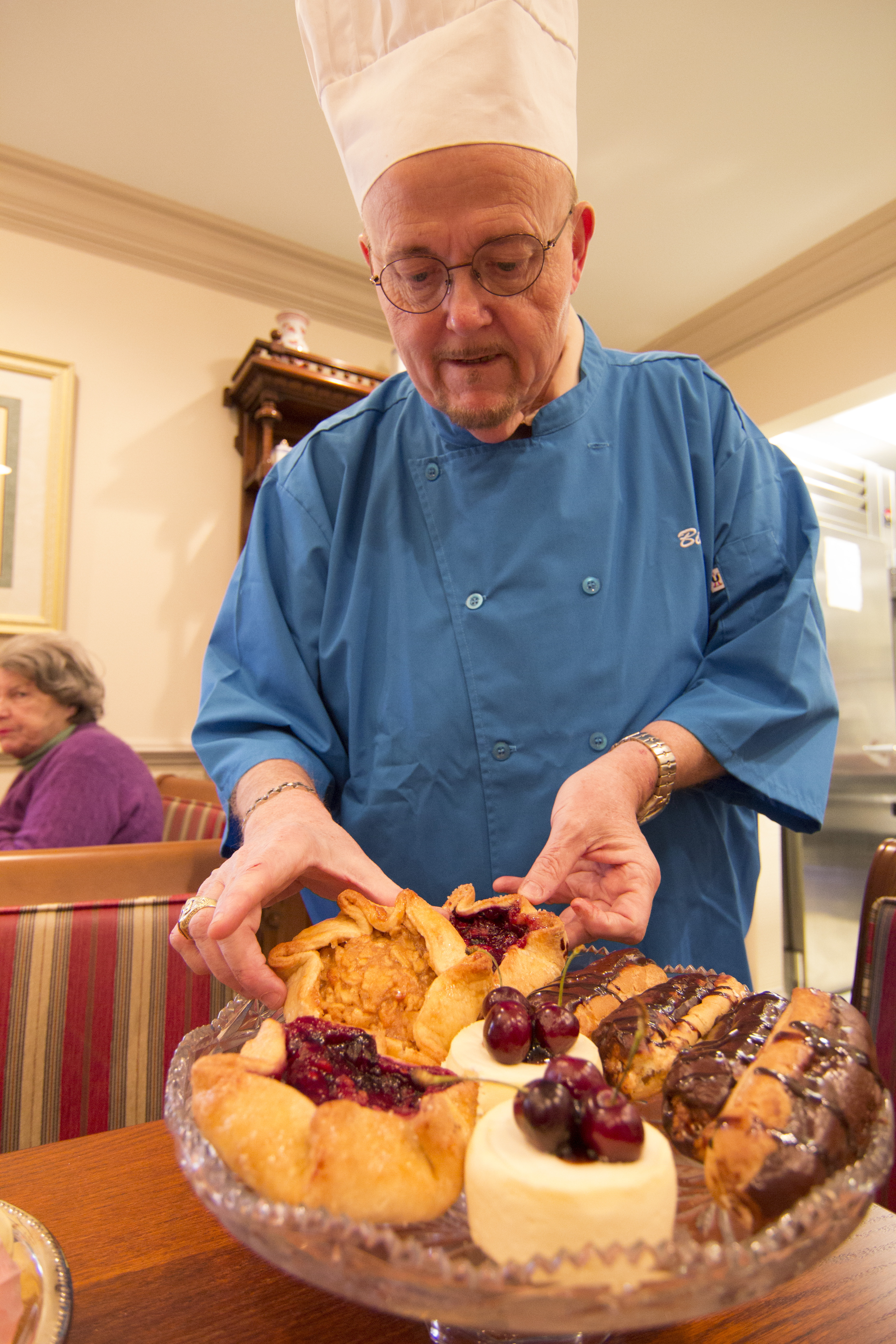